In November, California voters will vote on an initiative that attempts to prohibit certain state agencies from entering into contracts for prescription drugs unless the contracted prices are the same or lower than the prices paid by the U.S. Department of Veterans Affairs (VA). This poorly written initiative, which covers only a small fraction of state programs, would interfere with existing state drug contracting practices and could actually reduce access to medicines for patients, while increasing costs. The measure would also serve to discourage additional research into treatment and cures. 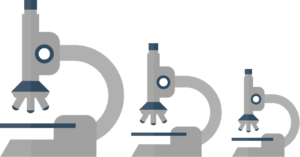 The measure could have a negative effect on cutting edge medical research and cures.

According to the Tufts Center for the Study of Drug Development,1 on average, it costs pharmaceutical companies $2.6 billion to do the years of research and tests necessary to develop a single new drug.

If California and other states pass laws that set price limits on innovative drugs, it would limit investments in the research and development of new drugs and cures.

The measure could result in more physician paperwork and more hassle for patients, reducing or delaying access to prescription drugs.

California’s Medi-Cal Fee for Service program has currently negotiated many agreements with pharmaceutical manufacturers, where
manufacturers provide “state rebates” in order to be included on the state’s preferred drug list.

The Medi-Cal Fee for Service supplemental rebate contracts guarantee that a manufacturer’s drug will be placed on the Medi-Cal List of Contract Drugs (List). Drugs not on the List require a prior authorization to be prescribed by doctors and dispensed for patients.

One potential consequence of this measure could be that the state is forced to invalidate many existing supplemental rebate agreements it has with pharmaceutical manufacturers if the net price of those agreements is higher than the VA price.

If the state was not able to maintain these current contracts with manufacturers, it would result in fewer drugs on the List, which would create a new prior authorization hurdle for doctors and their patients.

As a result, this measure could delay or even eliminate patient access to needed medicines and cost the state tens of millions of dollars in supplemental rebates.

There is tremendous uncertainty around how the measure would be implemented.

The measure’s language is legally flawed and at odds with how the sale and purchase of prescription drugs work.

The measure contains absolutely no language for how it is to be implemented, and as recently noted by the Pharmacystate’s independent Legislative Analyst’s Office,5 many VA prescription drug prices are not publicly available. So the state may not even be able to obtain the basic information it would need to begin to implement this measure. 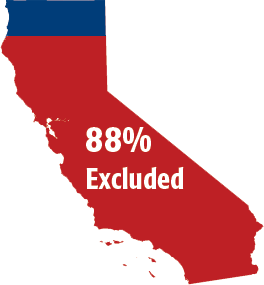 The measure only applies to a limited number of state programs.

More than 35 million Californians would be excluded from the measure