Proposition 61 is opposed by a broad coalition of more than 100 organizations, representing patient advocates, doctors and health clinics because it would be bad for patients. Prop 61 would impose unworkable contracting requirements for some state prescription drug purchases based on prices paid by the U.S. Department of Veterans Affairs (VA).

Here are some important facts:

Prop 61 would invalidate many existing drug discount agreements the state has negotiated with pharmaceutical manufacturers for its Medi-Cal fee-for-service program.

Invalidating these contracts would take many medicines off the Medi-Cal preferred drug list. For these medicines, patients would then be required to go through a cumbersome and bureaucratic prior approval process before receiving medicines, putting state bureaucrats between patients and their doctors. This could lead to delays in treatment or even denial of coverage for needed medicines.

In its analysis, the California Public Employee Retirement System (CalPERS) says the initiative could lead to “decreased access to certain drugs for CalPERS members.”

The California Medical Association, representing more than 41,000 doctors, warns that Prop 61 “could interfere with patient access to the medicines they need.”

Prop 61 would increase prescription drug costs for the state 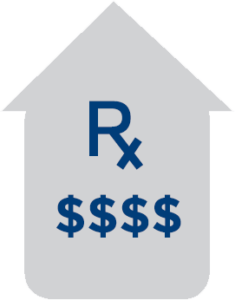 Another consequence of Prop 61 invalidating many of the drug discount agreements the state has negotiated is an increase in state prescription drug costs.

More than 88% of Californians are excluded from the provisions in Prop 61, including more than 10 million low-income patients in Medi-Cal, 20 million Californians with private health insurance and Medicare, 1.3 million in Covered California and millions of others.

For programs it does cover – an arbitrary selection of Californians in certain state government programs – experts warn that Prop 61 would actually increase prescription drug costs for the state and reduce patient access to needed medicines.

“Prop 61… could actually increase prescription drug costs for the state’s Medi-Cal program… And for the patients covered by Prop 61, it could restrict their access to the medicines that would help them stay healthier.”

The author and promoter of Prop 61 is Michael Weinstein, the controversial president of an organization that brought in more than $1 billion last year selling prescription drugs and operating HMOs. Suspiciously, he exempted his organization’s HMO from having to comply with his own measure.